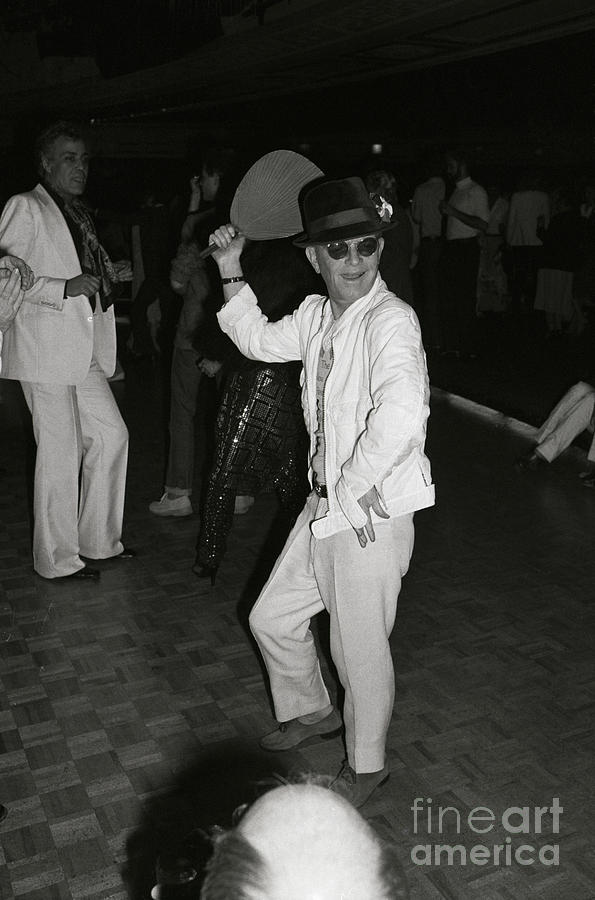 (Original Caption) 6/26/1979-New York, New York- Not to be outdone by Mickey Rooney, who does a big Sally Rand tribute in his new Broadway-bound show "Sugar Babies," author Truman Capote does his version of a fan dance to the disco beat at Studio 54 recently. Capote's wearing a lot more clothes than Sally Rand did when she did her fan dances, and he's using only one fan.