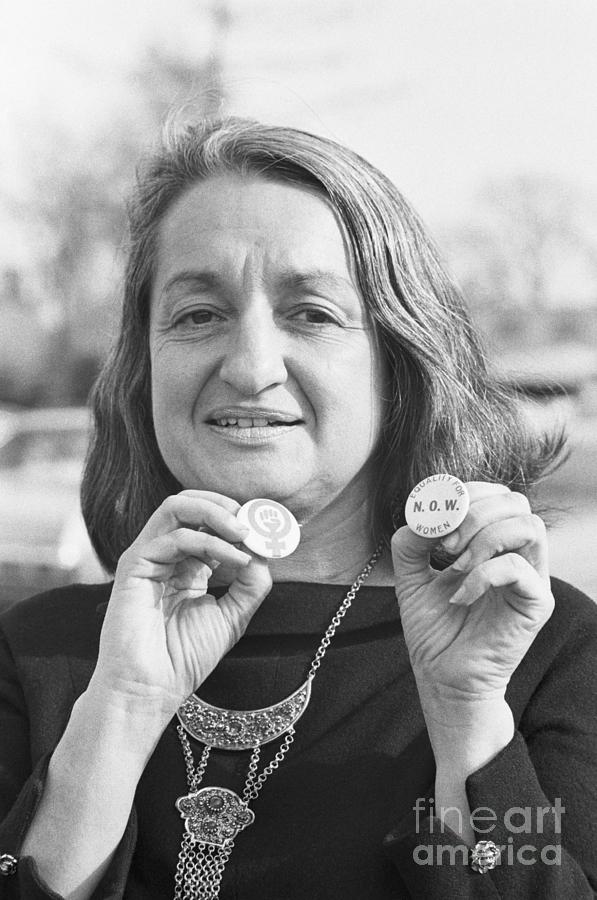 (Original Caption) Chicago: Mrs. Betty Friedan, president of the National Organization for Women (NOW), holds equality for women button at meeting during the organization's 4th annual convention 3/21. The group is estimated to have about 5,000 members. She said the enemy of women's liberation is not men but the inhuman way women are treated in society in general. She called for a women's strike on August 26. 3/21/1970