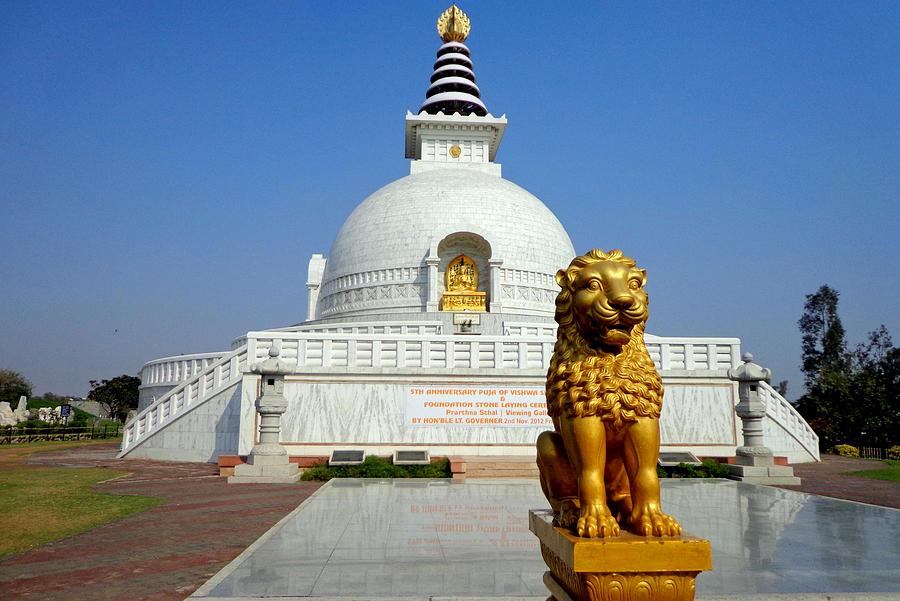 Was inaugurated on 20th. November 2008 by monks and nuns of Nipponzan-Myohoji, the Dalai Lama and the Lt. Governor of Delhi. It is situated in Millennium Indraprastha Park, North-East of Humayun's Tomb, adjacent to Delhi Ring Road. A traditional Japanese garden has been constructed in the area around the stupa. The garden is a joint project by the Fujii Guruji Vishwa Shanti Stupa Committee and the Delhi Development Authority.