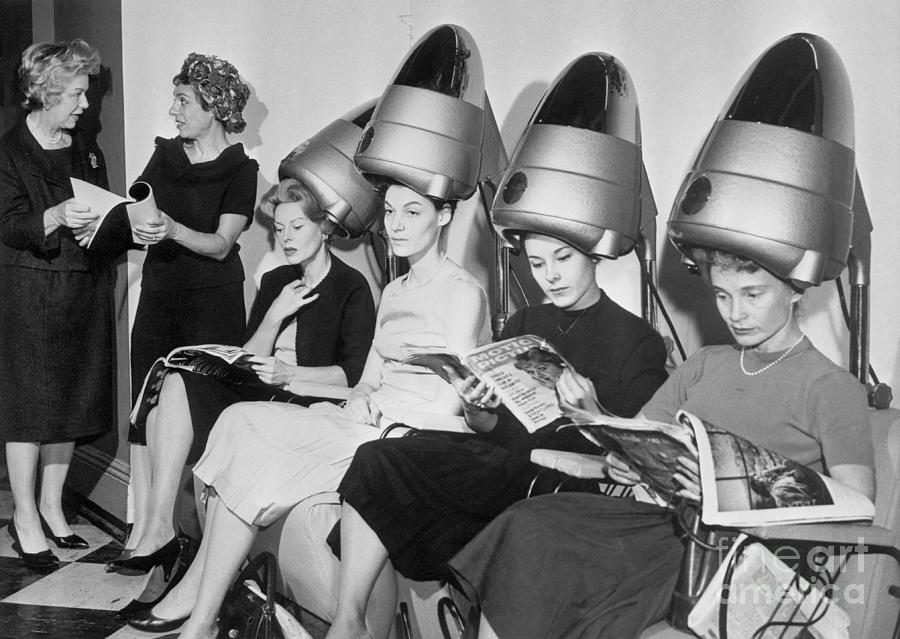 (Original Caption) The beauty salon is the scene for the TV show The Glamour Trap, second in the season's Purex Specials for Women. The dramatic portion and discussion period will study the American woman's search for beauty. Lela Swift, (second from left), Director of the Program, discusses the script with actress Glenda Farrell, (left), who plays the proprietress. Others in the all female cast include; Meg Mundy, playing a former model, which is what she happens to be; Marian Seldes, a plain girl, Barbara Dana, a teenager, and Lenka Peterson, a housewife.