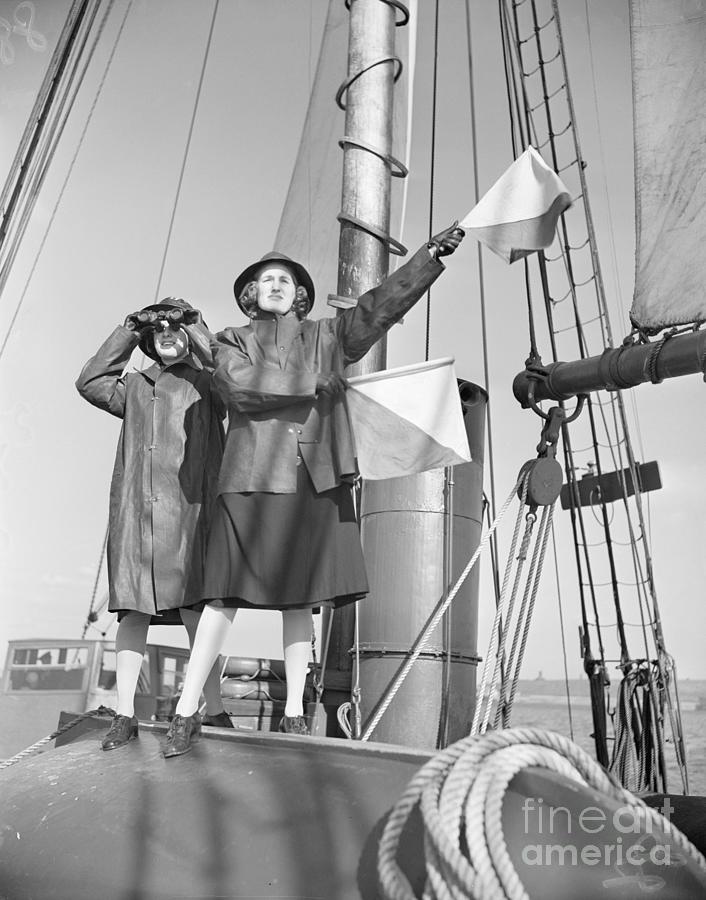 (Original Caption) 11/15/1943-Boston, MA: SPAR Thelma I. Moore of Cincinnati, OH, takes a hand at sending a semaphore message, while Spar Evangeline R. Amaral of East Providence, RI., uses binoculars to get the answer. They are members of a SPAR group in the Boston District, who recently made a day's voyage out of Boston Harbor on a Coast Guard schooner. The Woman's Reserve of the U.S. Coast Guard celbrates the first anniversary of its founding on November 23rd, 1943.