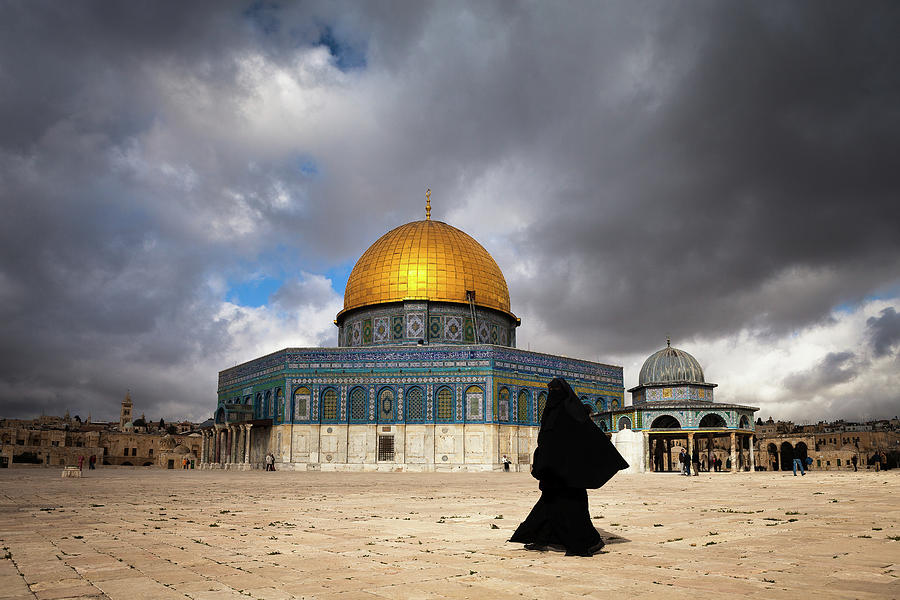 Woman In Burqa By Dome Of The Rock In

Woman In Burqa By Dome Of The Rock In

Muslim woman in a black burqa walking by the Dome of the Rock in Jerusalem.The Dome of the Rock is a shrine located on the Temple Mount in the Old City of Jerusalem. It was initially completed in 691 CE at the order of Umayyad Caliph Abd al-Malik during the Second Fitna. The Dome of the Rock is now one of the oldest works of Islamic architecture. It has been called 'Jerusalem's most recognizable landmark. The octagonal plan of the structure may have been influenced by the Byzantine Chapel of St Mary (also known as Kathisma and al-Qadismu) built between 451 and 458 on the road between Jerusalem and Bethlehem.The site's significance stems from religious traditions regarding the rock, known as the Foundation Stone, at its heart, which bears great significance for Jews, Christians and Muslims.