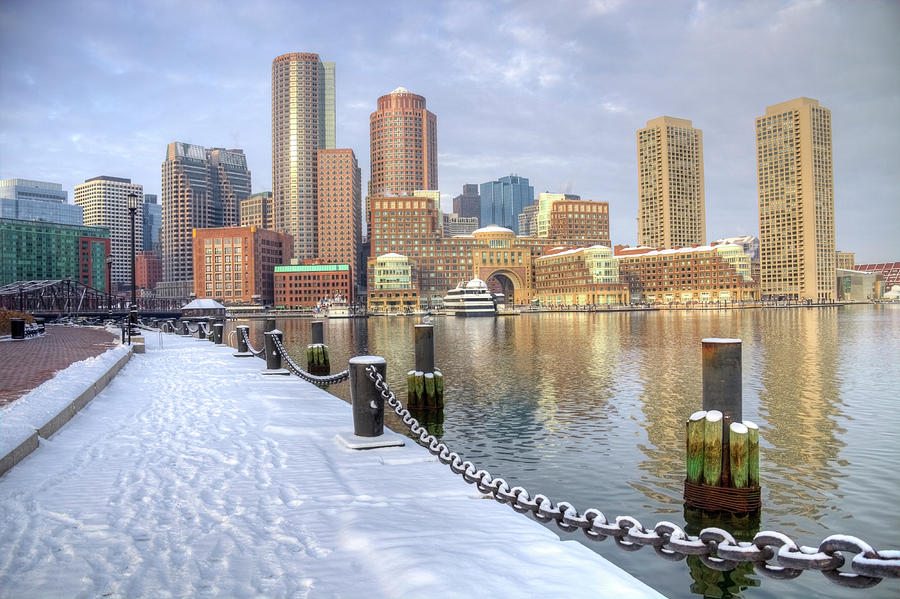 Winter along Boston's harborwalk in the South Boston southie neighborhood. Boston Harborwalk is a public walkway that follows the edge of piers, wharves, beaches and shoreline around Boston Harbor. Boston is the largest city in New England, the capital of the Commonwealth of Massachusetts