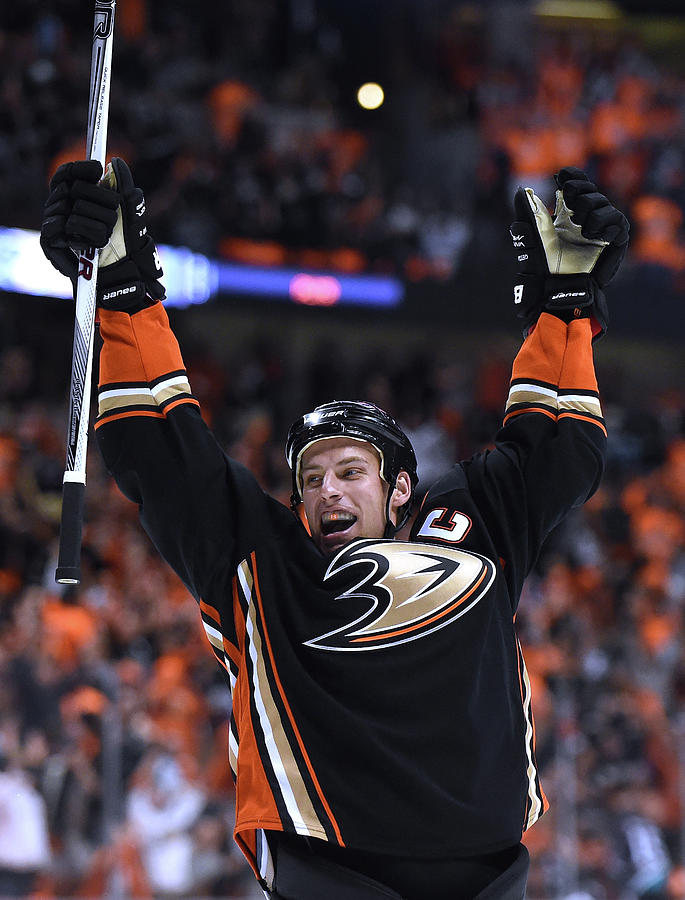 ANAHEIM, CA - APRIL 16: Ryan Getzlaf #15 of the Anaheim Ducks celebrates his goal to take a 4-2 lead over the Winnipeg Jets during the third period in Game One of the Western Conference Quarterfinals during the 2015 NHL Stanley Cup Playoffs at Honda Center on April 16, 2015 in Anaheim, California. The Ducks won 4-2. (Photo by Harry How/Getty Images)