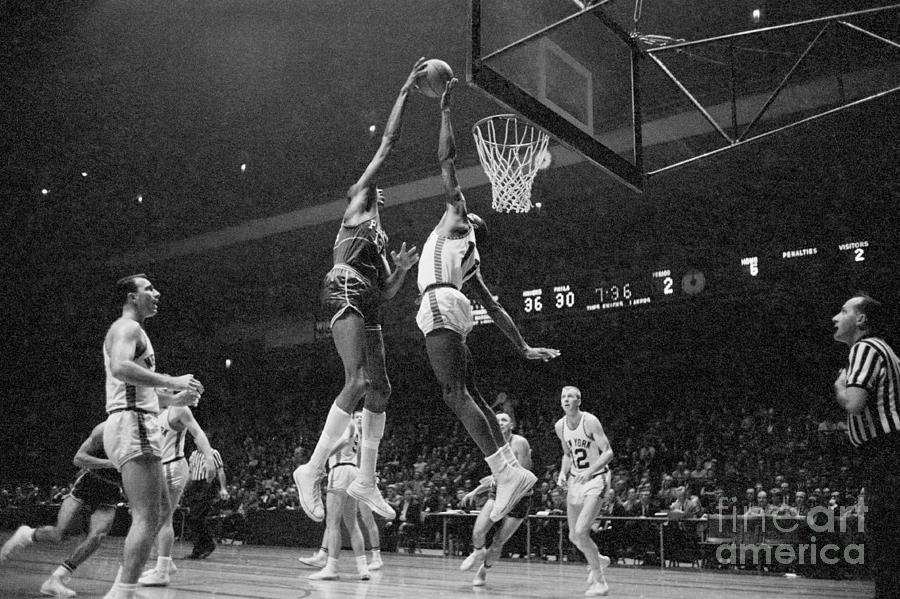 (Original Caption) Defenses Weak Against "The Stilt". New York: Wilt (The stilt) Chamberlain (no. 13) seven-foot, one-inch sensation of the Philadelphia Warriors and the N.B.A., puts the Knicks' Johnny Green to the test. Wilt's 34 points on Dec. 10th gave him 788 for the 22 games he has played. Jack Twyman of Cincinnati leads with 814 for 26 games. Several defenses have been tried against him...and all have proved wanting.