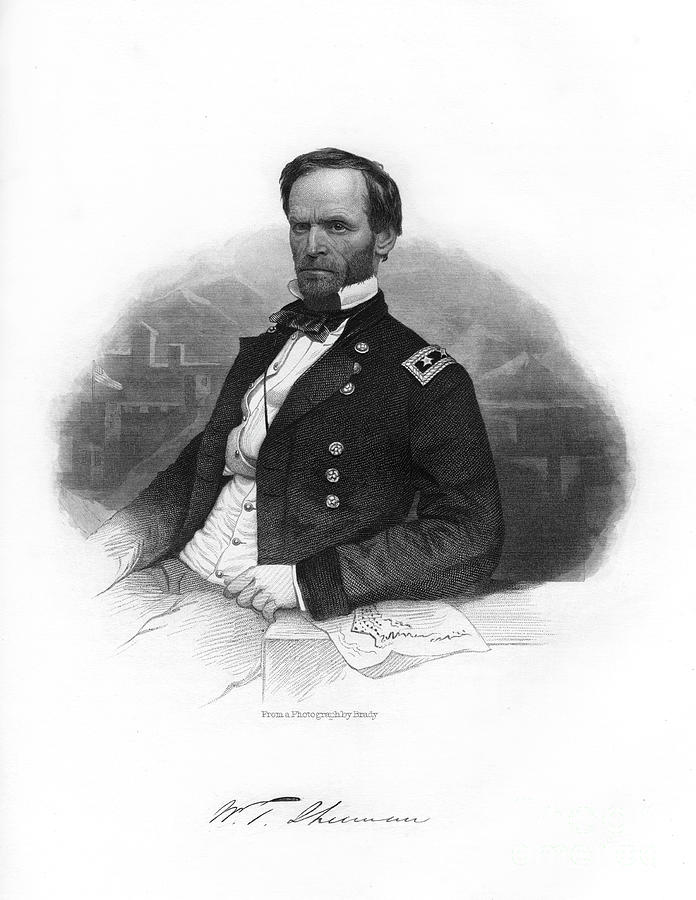 William Tecumseh Sherman, Union general, 1862-1867. One of the foremost Union generals of the American Civil War, Sherman (1820-1891) is best remembered for his army's march through Georgia and the burning of Atlanta. An engraving from volume III of The War with the South : a History of the Late Rebellion, by Robert Tomes, Benjamin G Smith, New York, Virtue & Yorston, 3 Volumes, 1862-1867. (Photo by The Print Collector/Print Collector/Getty Images)