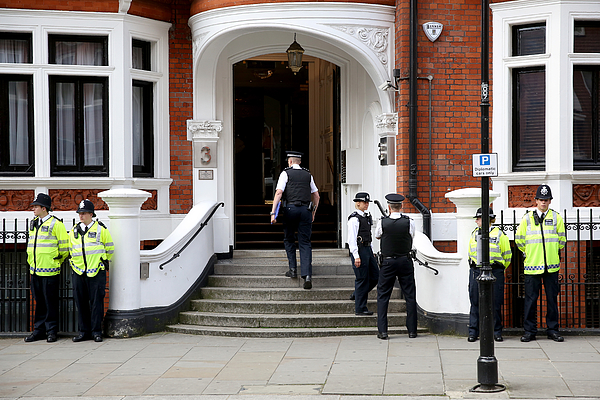 LONDON, ENGLAND - AUGUST 18: Police officers stand outside the Ecuadorian Embassy on August 18, 2014 in London, England. Mr Assange has been living in the embassy since June 2012 in an attempt to avoid extradition to Sweden where he faces allegations of sexual assault. (Photo by Oli Scarff/Getty Images)