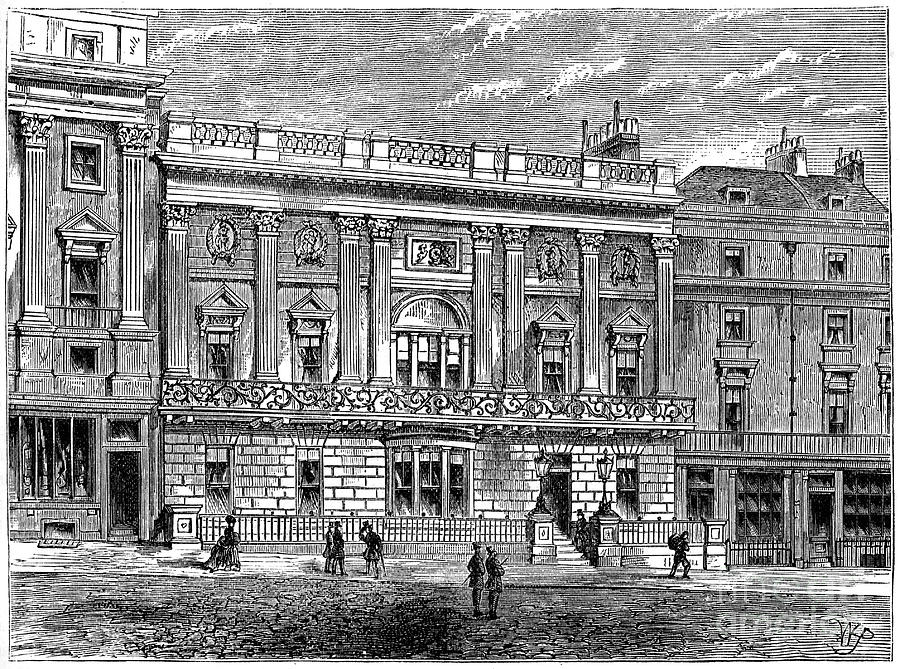 White's, London, 1891. White's is a gentlemen's club, established at 4 Chesterfield Street in 1693 by Italian immigrant Francesco Bianco. Originally it was established to sell hot chocolate, a rare and expensive commodity at the time (and the source of its original title of Mrs. White's Chocolate House). These chocolate houses were seen as hotbeds of dissent by Charles II, but many converted into fashionable and respectable gentlemen's clubs like White's. From Old and New London: a Narrative of its History, its People and its Places, volume IV, by Edward Walford, pulished by Cassell and Company (1891). (Photo by The Print Collector/Print Collector/Getty Images)