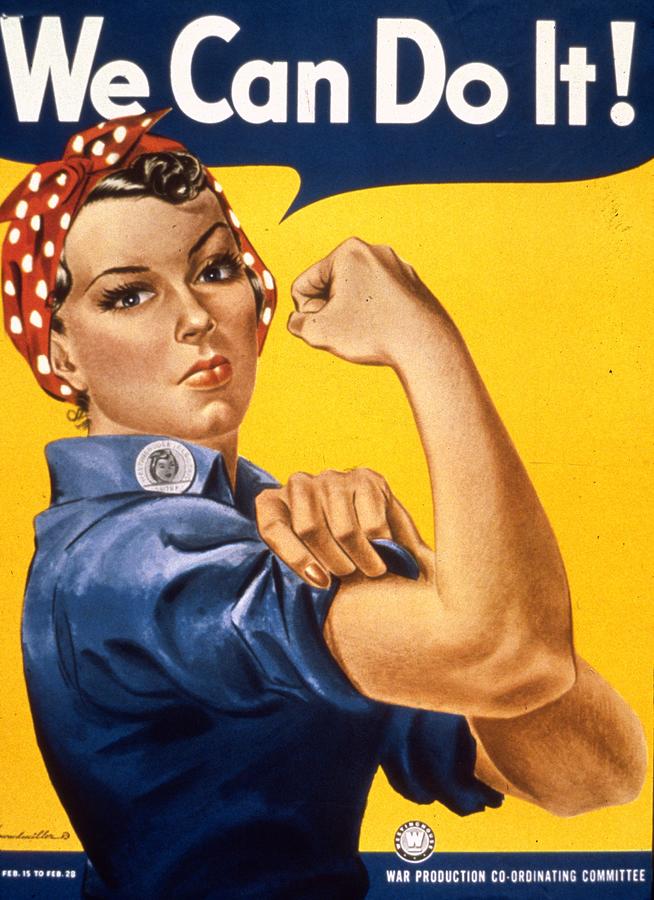 We Can Do It

We Can Do It

'We Can Do It!', a poster by J. Howard Miller for Westinghouse Electric, aimed at boosting morale among the company’s workers in the war effort. The poster was displayed at Westinghouse plants for only two weeks in February 1942, but was later rediscovered and became a popular symbol of female empowerment. It was also later associated with 'Rosie the Riveter', the wartime personification of a strong female war production worker. (Photo by MPI/Getty Images)