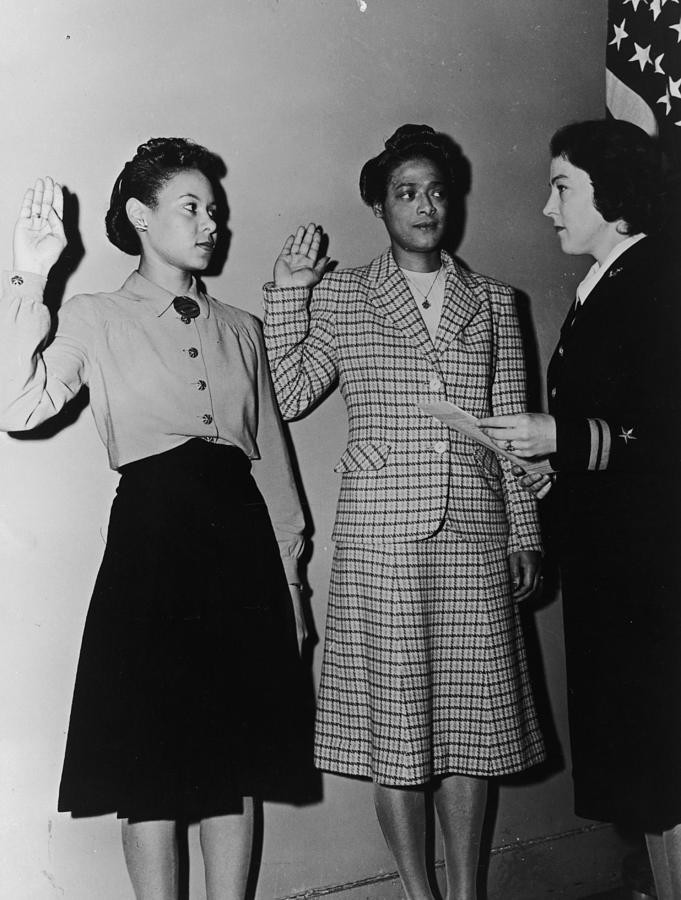 circa 1944: Two women raise their hands while taking an oath to join the WAVES (Women Appointed for Voluntary Emergency Service) before a female officer, World War II. The WAVES were an auxiliary unit of women connected with the U.S. Navy during World War II; it was dissolved in 1948. (Photo by Hulton Archive/Getty Images)