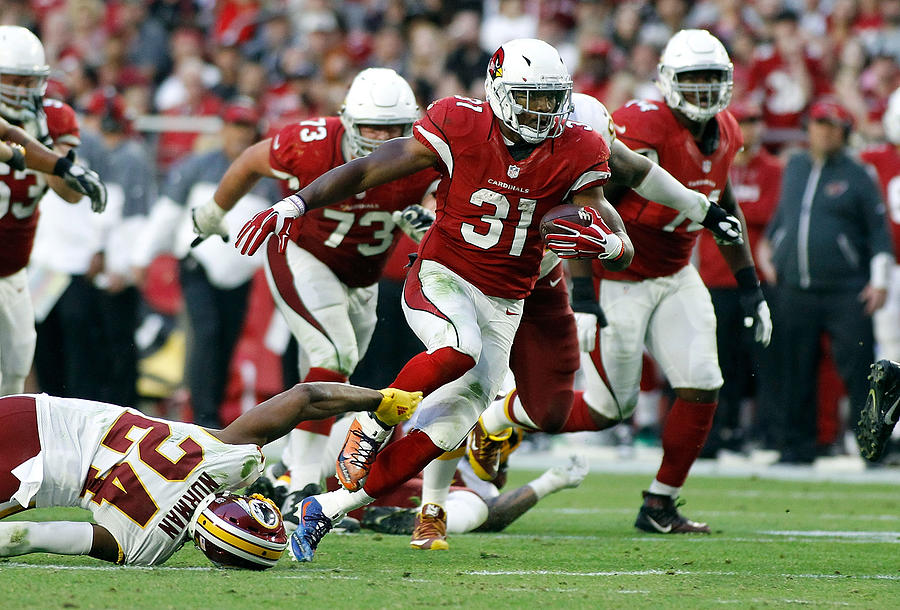 GLENDALE, AZ - DECEMBER 04: Running back David Johnson #31 of the Arizona Cardinals steps out of the tackle of Josh Norman #24 of the Washington Redskins during the fourth quarter of a game at University of Phoenix Stadium on December 4, 2016 in Glendale, Arizona. The Cardinals defeated the Redskins 31-23. (Photo by Ralph Freso/Getty Images)