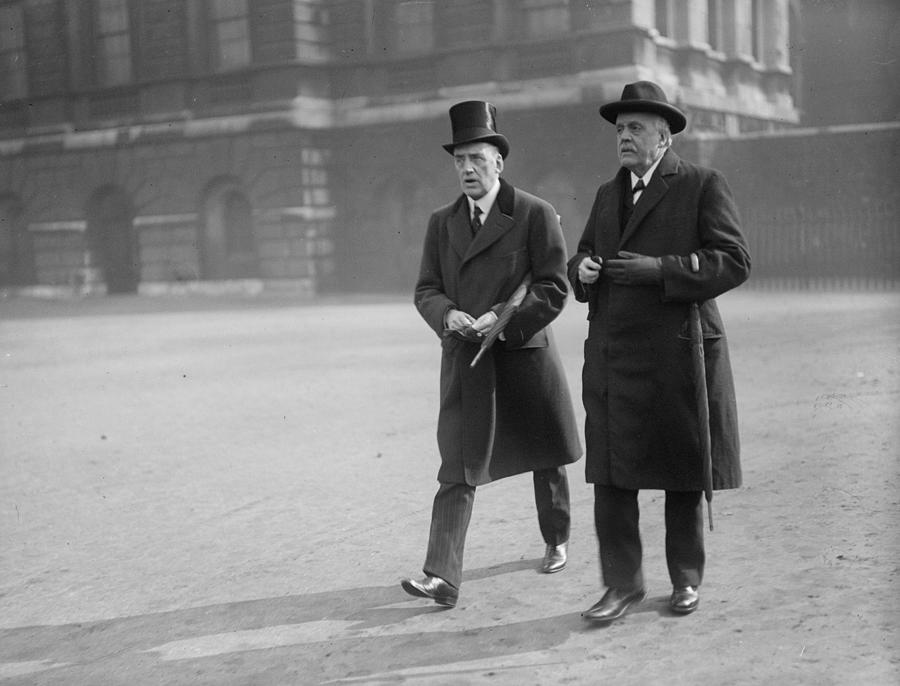 21st March 1917: Foreign Secretary Arthur Balfour (1848 - 1930) with Unionist leader, and founder of the paramilitary Ulster Volunteer Force, Edward Carson (1854-1935), both members of the Empire War Council. Balfour inherited his family's East Lothian estate in 1856 and first entered parliament in 1874 as the Conservative member for Hertford. He quickly progressed through various government posts including Secretary for Scotland (1886), Secretary for Ireland (1887), First Lord of the Treasury and, on the death of his uncle Lord Salisbury, Leader in the Commons (1892 - 1893). In July 1902 he became Prime Minister, resigning in 1905 but returning in 1916 to serve as Lloyd George's Foreign Secretary. He also represented Britain in the first assembly of the League of Nations. (Photo by Topical Press Agency/Getty Images)