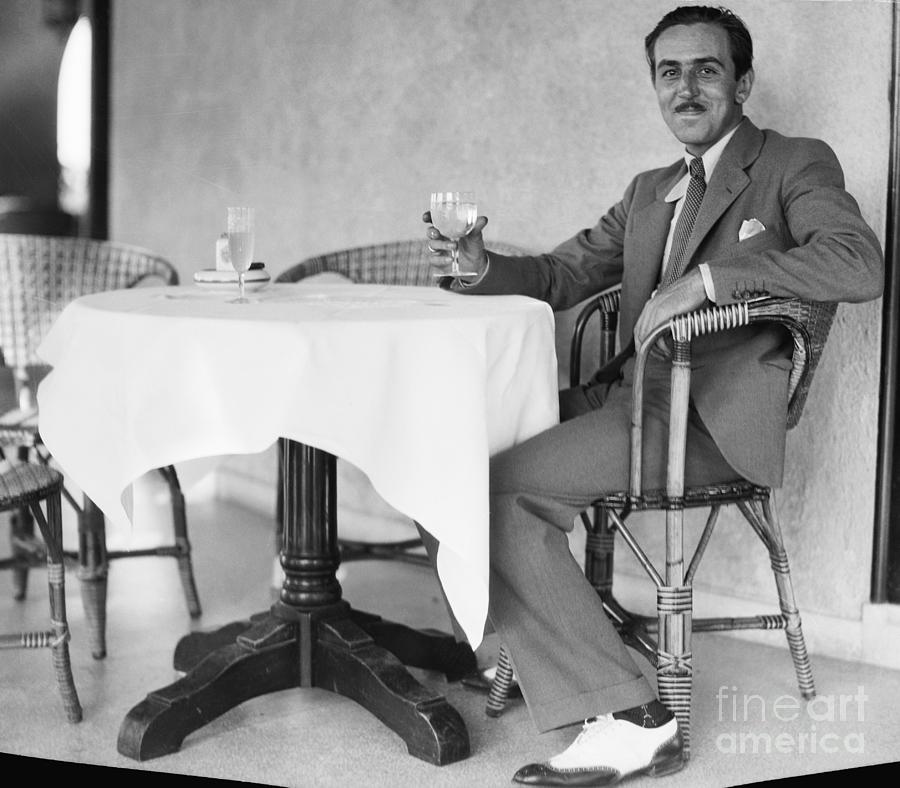 (Original Caption) Walt Disney, clever originator of the world-famed Mickey Mouse animated cartoons and newspaper comic strip, on the terrace of his hotel during a two-week holiday in Havana. The ridiculous antics of Mickey Mouse, shown in ten different languages in many parts of the globe, have earned a fortune for the young artist. Disney said that the widespread popularity of cartoon movies is chiefly due to the rhythm of music and action.