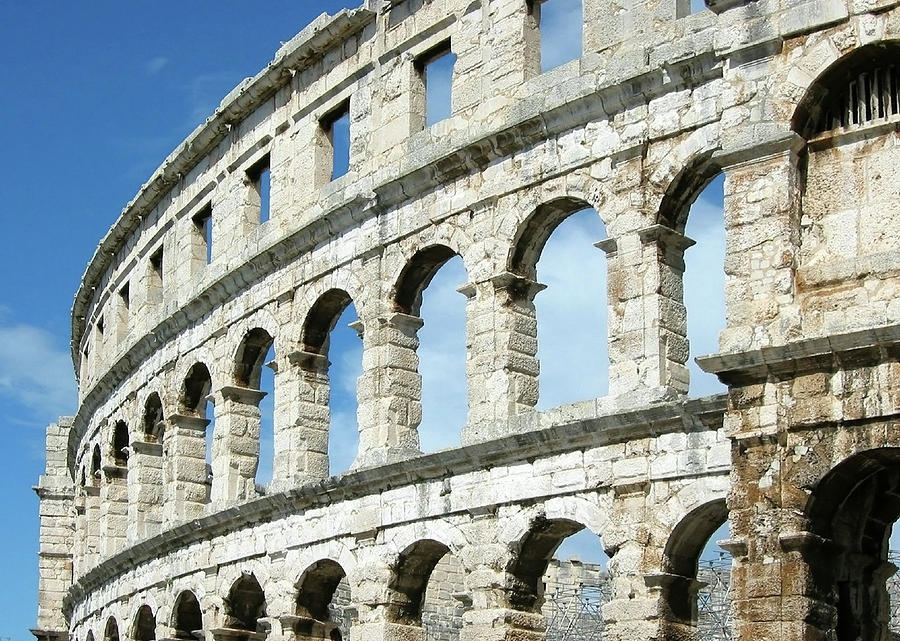 Exterior view of the three storey limestone walls of the Pula Arena. The Pula Arena is the sole remaining Roman amphitheatre with all the three orders entirely preserved, as well the only amphitheatre to have four side towers.It was constructed in 27 BC - 68 AD and is among the six largest surviving Roman arenas in the World. A rare example among the 200 Roman surviving amphitheatres, it is also the best preserved ancient monument in Croatia. In 1583 the Venetian Senate proposed to dismantle the entire Arena and rebuild it within Venice, but this proposal was eventually not accepted and no further action was taken.