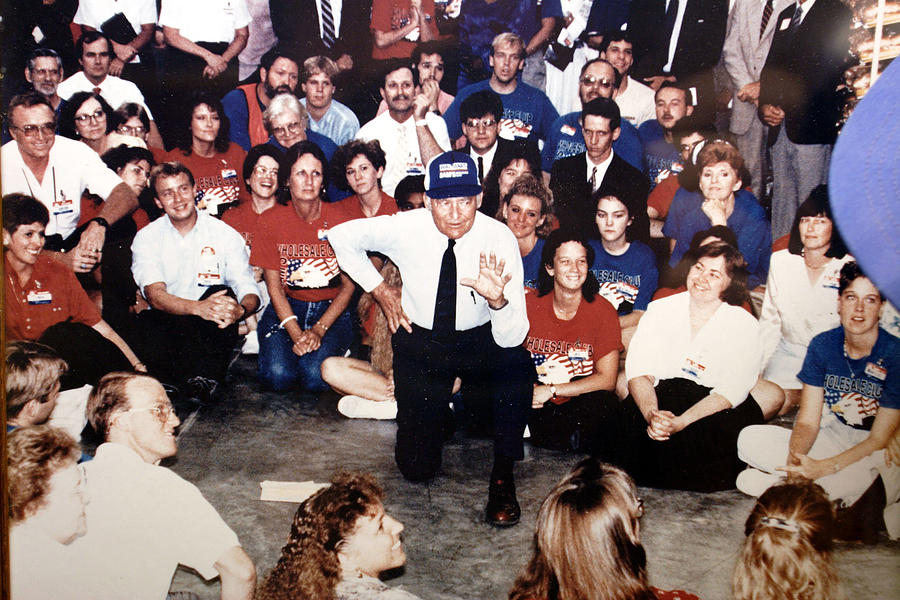 BENTONVILLE, ARKANSAS, USA - MARCH 15: (EUROPE OUT) A photograph of Wal-Mart founder Sam Walton speaking to employees is displayed at the Wal-Mart museum, March 17, 2005 in Bentonville, Arkansas. The Museum was built in Walton's first store in downtown Bentonville in 1950. Based in the small town of Bentonville, Arkansas (pop. 19,730), with 1,5 million employees and earnings of 285 billions last year, Wal-Mart has grown into the biggest corporation in the world since Sam Walton opened his first store in nearby Rogers, Arkansas, in 1962. Today Wal-Mart operates 3,700 stores in the U.S. and 1,607 abroad. The fiercely anti-union and media-shy company has recently become the target of critics regarding the treatment of its employees and the effects of its large and inexpensive stores on small local businesses. Wal-Mart is currently waging a battle to rehabilitate its image. (Photos by Gilles Mingasson/Getty Images)