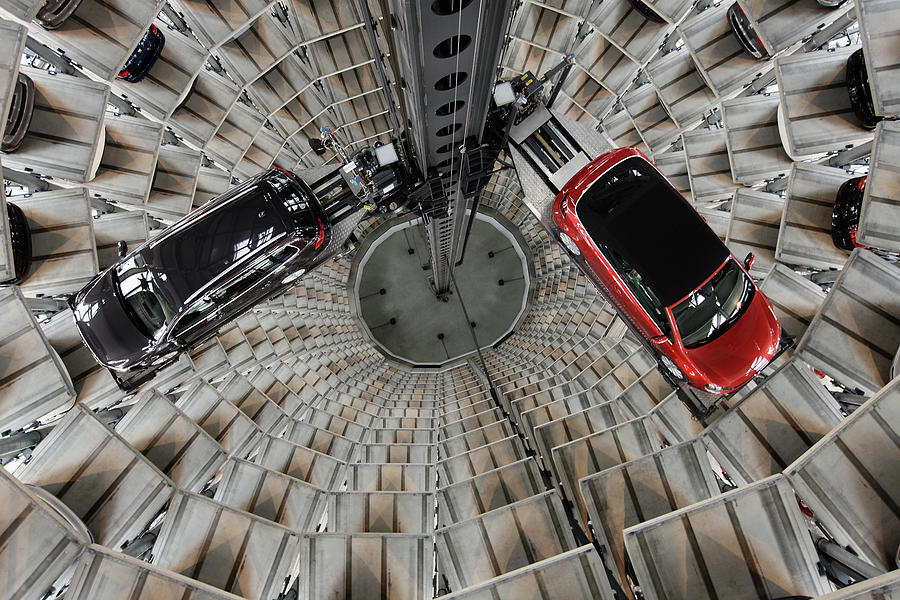 WOLFSBURG, GERMANY - MARCH 10: The new 2011 Volkswagen Passant Variant (L) and new Golf Cabrio are lifted into one of two storage towers at the Autostadt customer reception center at the Volkswagen factory on the day of the German automaker's annual press conference on March 10, 2011 in Wolfsburg, Germany. Volkswagen announced its best year ever for 2010 with an operating profit of EUR 7.141 billion. Volkswagen customers who come to Wolfsburg to pick up their car in person receive their new car after a robot extracts the car from one of the two towers and brings it to them via an automated, underground transport system. Each of the two towers hold 400 cars. (Photo by Sean Gallup/Getty Images)