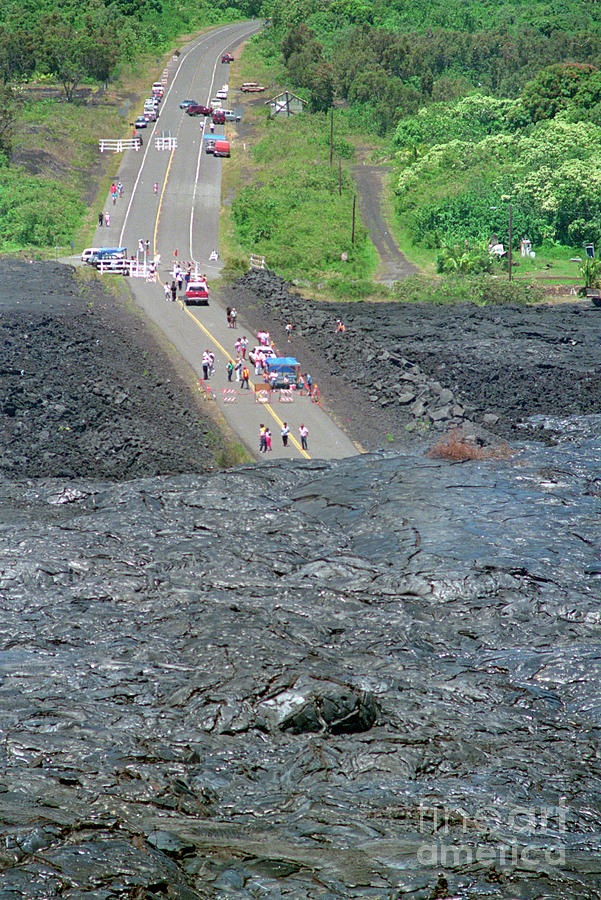 (Original Caption) 5/3/1990-Kalapana, HI- People line up at the "new" end of state highway 130 where lava flowing from the Kilauea volcano crossed the pavement. Several roads, in the area where at least 130 structures were consumed, are blocked with lava leading authorities to tell residents that returning to their homes later won't be possible.