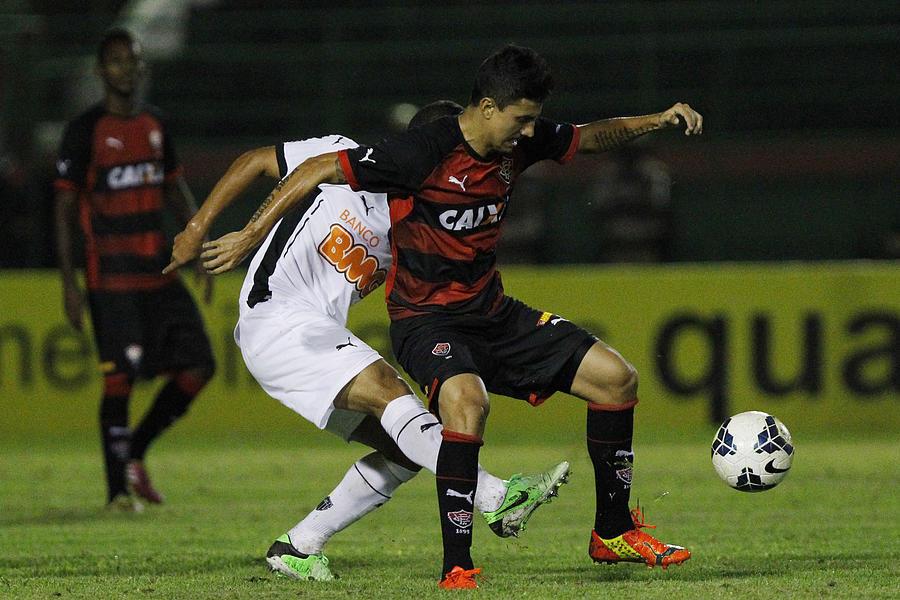 SALVADOR, BAHIA , BRAZIL - MAY 22: Caio of Vitoria battles for the ball during the match between Vitoria and Atletico-MG as part of Brasileirao Series A 2014 at Alberto Oliveira Stadium on May 22, 2014 in Feira de Santana, Bahia, Brazil. (Photo by Felipe Oliveira/Getty Images)