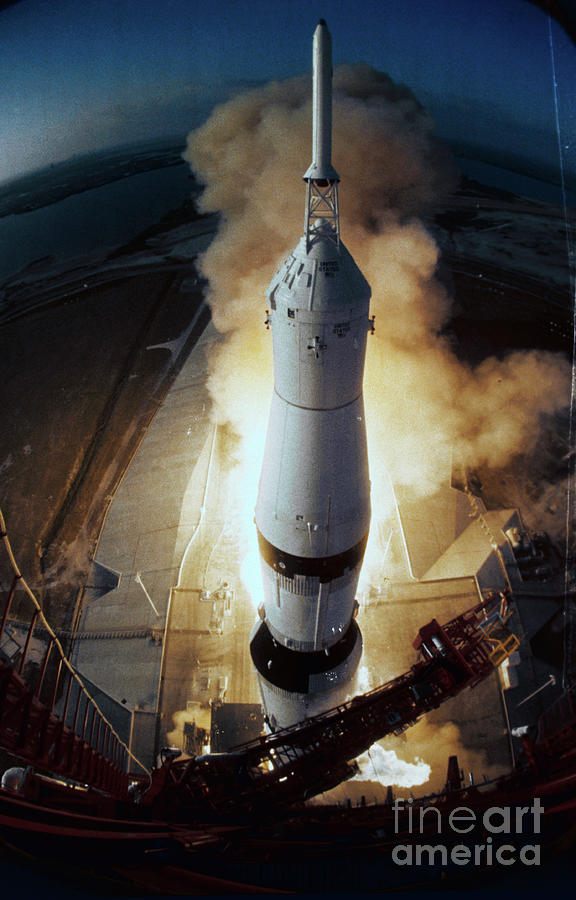 (Original Caption) Photographed from the 360-foot level of the umbilical tower, the Apollo 6, the second flight of the National Aeronautics and Space Administration's Apollo/Saturn V space vehicle was launched at 7 a.m., April 4, 1968 from Complex 39, Cape Kennedy, Florida. The 363-foot tall vehicle weighing 6,208,949 pounds when fully loaded will qualify the launch vehicle for future manned flights. Recovery of the Command Module is planned in the mid-Pacific near Hawaii after nine hours in orbit.