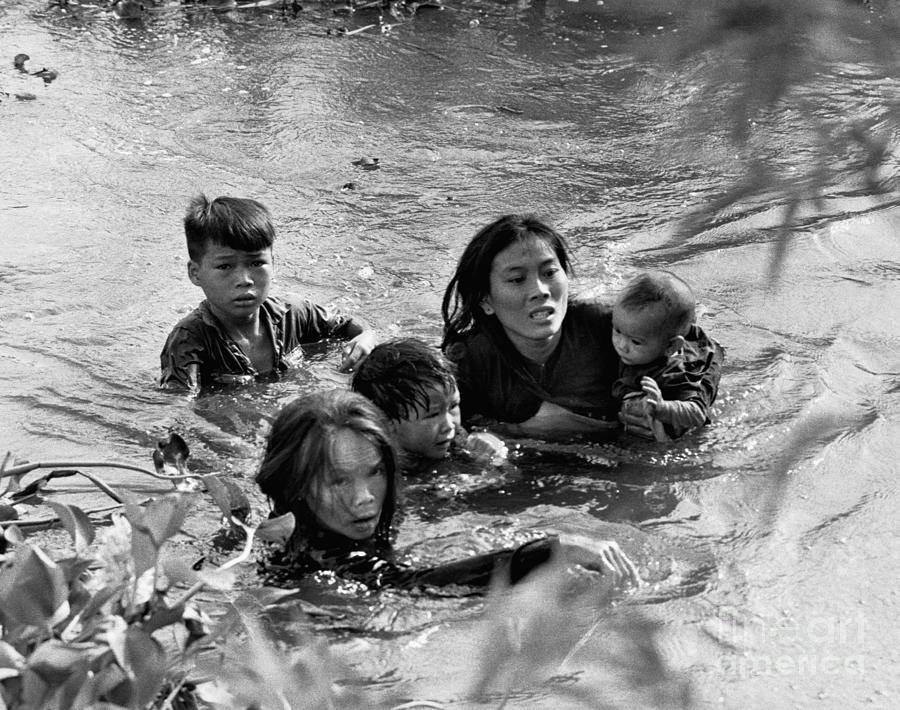 In this Pulitzer Prize winning photo, A Vietnamese mother and her children wade across a river, fleeing a bombing raid on Qui Nhon by United States aircraft, Vietnam, September 7, 1965. The raid was organized to knock out Viet Cong snipers in the village who were firing on United States Marines. Women and children were warned to leave the village before the bombs began to fall. (Photo by K. Sawada/Bettmann/Corbis via Getty Images)