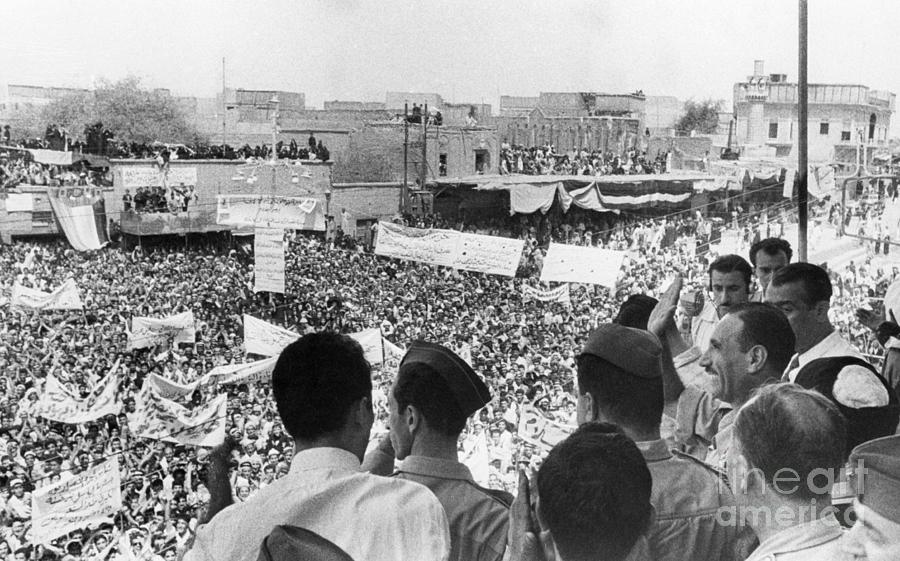 Colonel Abdul Salam Arif, Iraqi vice premier and minister of the interior, address a massive crowd of people in An Najaf, where he is explaining the objectives and reforms of the new government. In July of 1958, Colonel Aref and General Abdul Karim Qasim overthrew the ruling monarchy in a coup d'etat, and took control of the new Iraqi republic.