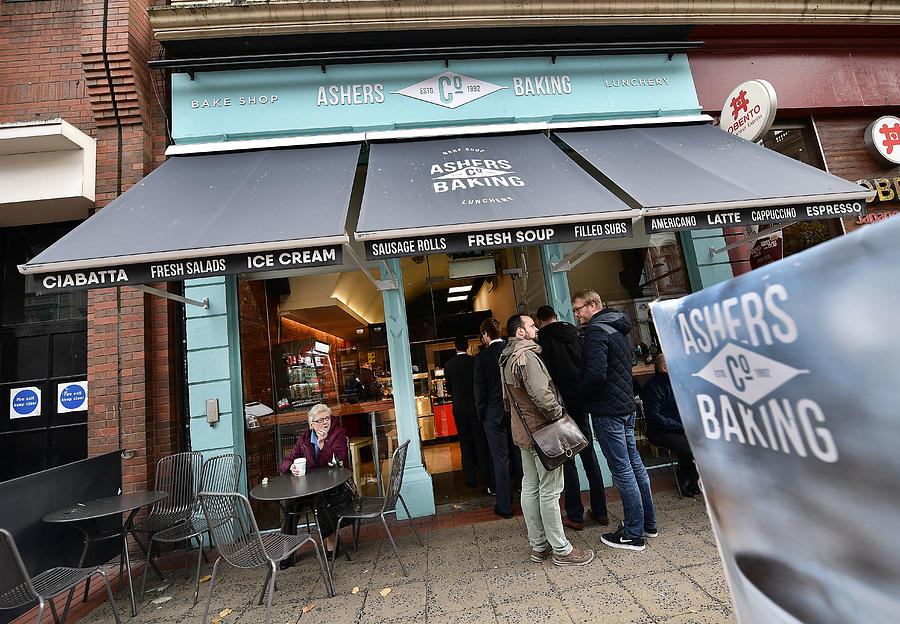 Verdict Given In The Gay Cake Row At Belfast High Court

Verdict Given In The Gay Cake Row At Belfast High Court

BELFAST, NORTHERN IRELAND - OCTOBER 24: Office workers and shoppers stand in line at Ashers Bakery on October 24, 2016 in Belfast, Northern Ireland. Ashers Bakery, a local business in Northern Ireland run by an evangelical Christian family lost their appeal at Belfast high court today that found that they had discriminated against gay activist Gareth Lee. Mr Lee had ordered a cake to mark international day against homophobia featuring the Sesame Street characters Bert and Ernie and bearing a pro gay marriage message. The three judges presiding over the case said it did not follow that icing a message meant you supported that message. Unlike the rest of the United Kindom or the Republic of Ireland same-sex marriage is not currently legal in Northern Ireland. Several attempts to change the law in the province have met with opposition from the largest political party, the Democratic Unionist Party. (Photo by Charles McQuillan/Getty Images)