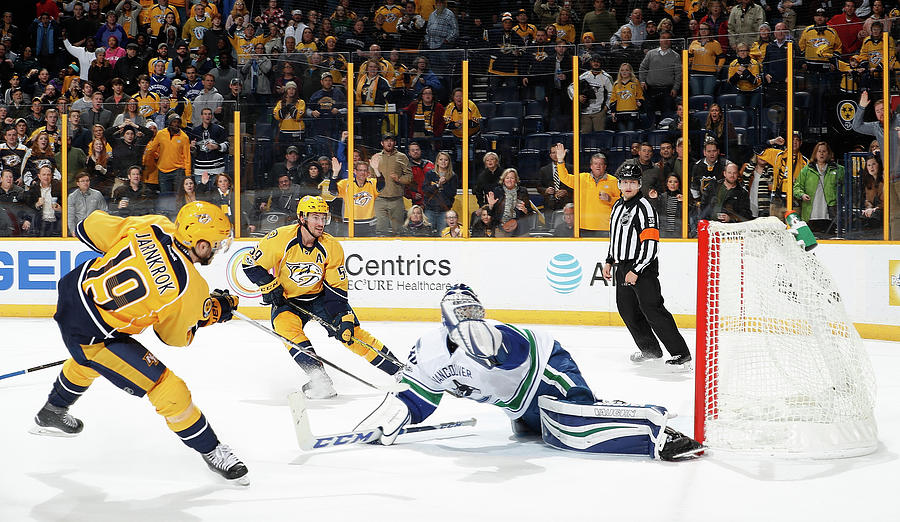 NASHVILLE, TN - JANUARY 10: Calle Jarnkrok #19 of the Nashville Predators scores on a pass from Roman Josi #59 against Ryan Miller #30 of the Vancouver Canucks for the game winner in overtime during an NHL game at Bridgestone Arena on January 10, 2017 in Nashville, Tennessee. (Photo by John Russell/NHLI via Getty Images)