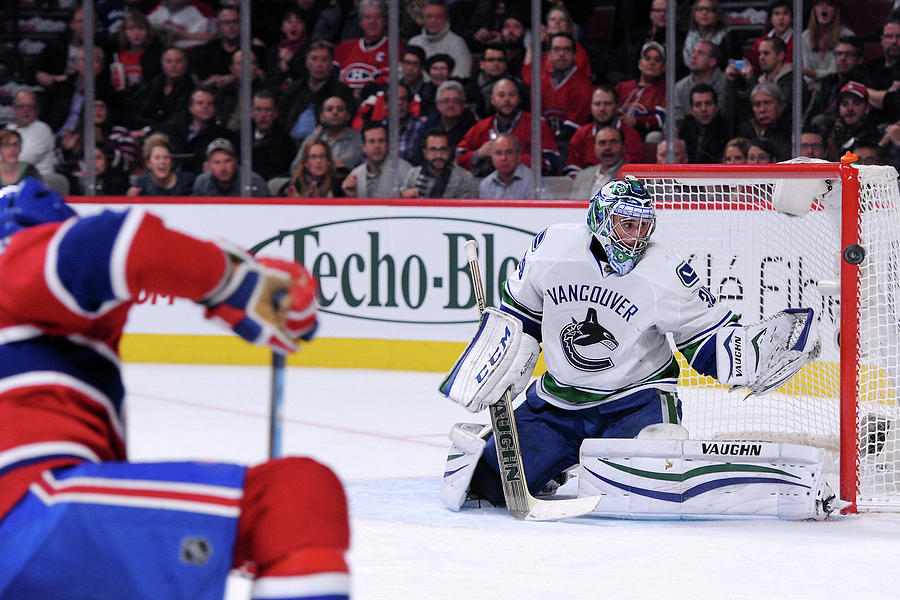 MONTREAL, QC - DECEMBER 9: Ryan Miller #30 of the Vancouver Canucks watches the rebounding puck on a shot by Max Pacioretty #67 of the Montreal Canadiens during the NHL game at the Bell Centre on December 9, 2014 in Montreal, Quebec, Canada. (Photo by Richard Wolowicz/Getty Images)