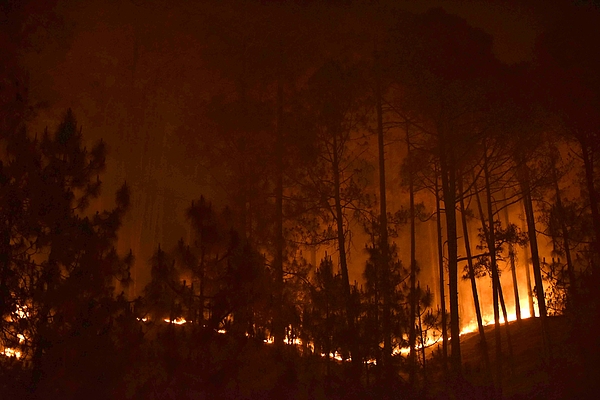 RANIKHET, INDIA - MAY 2: Forest fire on May 2, 2016 in Ranikhet, India. ALMORA, INDIA - MAY 2: NDRF personnel douse the flames and conduct rescue operation at Manan Village on May 2, 2016 in Almora, India. According to the centre, more than 2,000 hectares of forest have been devastated. There are 200 fires still raging in the state, suggest satellite pictures. Besides the 6,000 fire-fighters, personnel of the National Disaster Response Force or NDRF, the Army and the Air Force are working to douse the fires. (Photo by Arun Sharma/Hindustan Times via Getty Images)