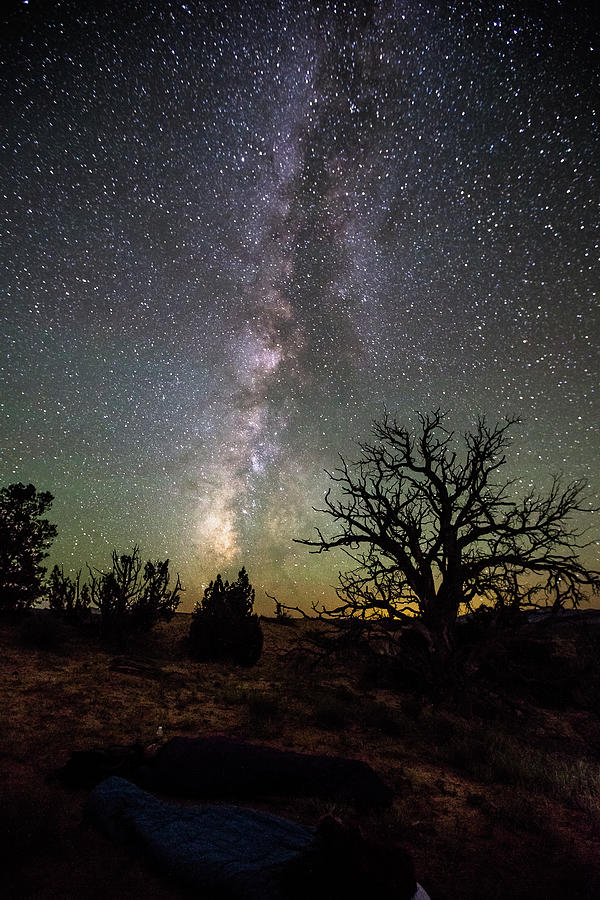 During the 2013 government shutdown and the night of the New Moon, all national parks were closed down. As it was our plan to hike into Zion or Bryce National Park to simply seek a small patch of Earth to sleep under the Milky Way galaxy and stars, my camping companion and I had to go elsewhere. Of course, the state parks were full, so we were forced to wander off in unfamiliar Utah territory (at least to us). It was important that we remained as far as possible from any light pollution. We ended up alongside Shakespeare Arch and waited for the sun to set and for the stars to shine bright. This photo was taken with a Canon 5D Mark III about 2.5 hours after sunset as Sagittarius was setting. I'll admit, this unique tree was a little freaky to sleep next to while in total darkness.