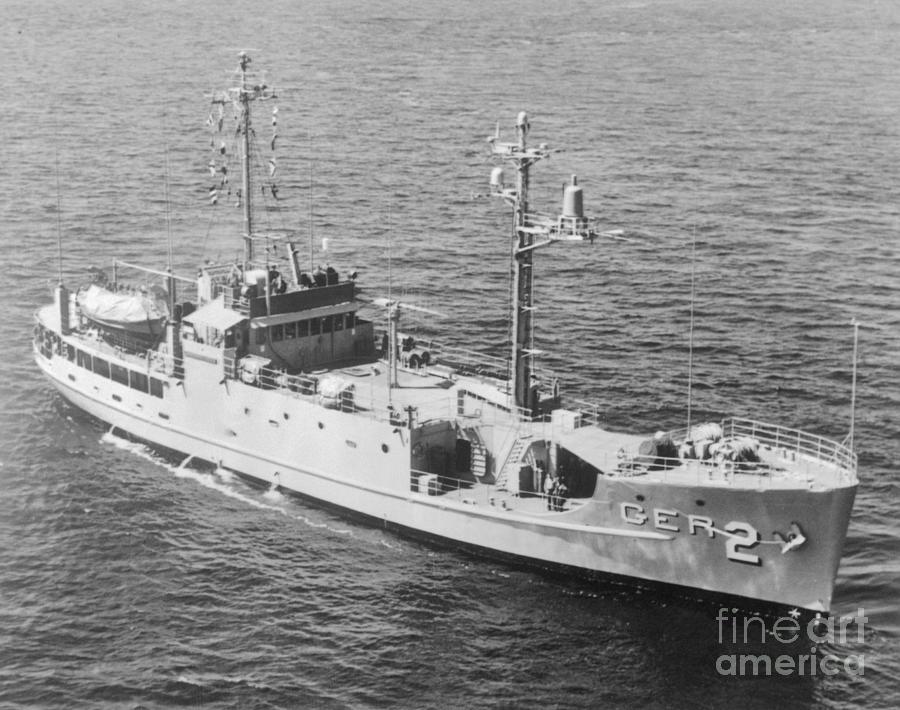 (Original Caption) A North Korean Naval force seized the American intelligence ship, USS Pueblo (shown in a file photo) on the high seas early 1/23/1968. As MIG fighters circled overhead, the Pueblo, with 83 men aboard, was forced by Communist patrol boats to put into the North Korean port of Wonsan. Some members of Congress characterized the seizure as "an act of war."