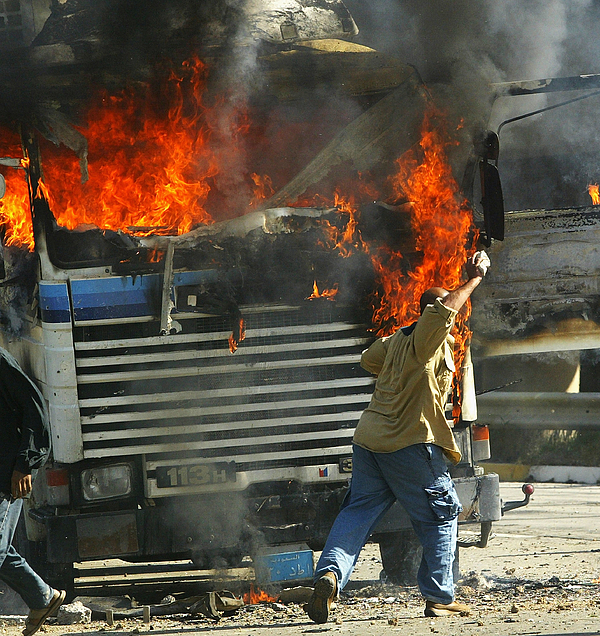 BAGHDAD, IRAQ - APRIL 10: A man throws a rock at a burning truck that was part of a U.S. military convoy which came under attack April 10, 2004 in Baghdad, Iraq. Much of Iraq is still in turmoil the day after the first anniversary of Saddam Hussein's fall, with Sunni and Shiite rebels battling U.S.-led forces and holding three Japanese and other foreign hostages. (Photo by Spencer Platt/Getty Images)