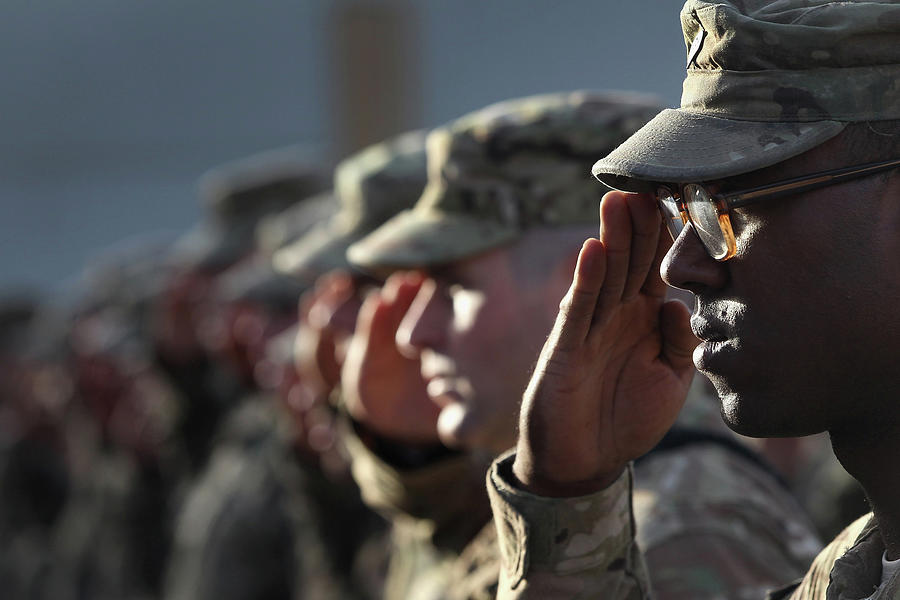 BAGRAM, AFGHANISTAN - SEPTEMBER 11: U.S. Army soldiers salute during the national anthem during the an anniversary ceremony of the terrorist attacks on September 11, 2001 on September 11, 2011 at Bagram Air Field, Afghanistan. Ten years after the 9/11 attacks in the United States and after almost a decade war in Afghanistan, American soldiers paid their respects in a solemn observence of the tragic day. (Photo by John Moore/Getty Images)