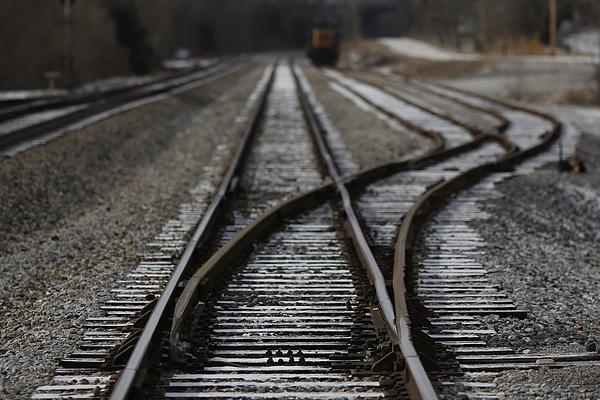 WORTHVILLE, KY - JANUARY 5: A railroad switch along a CSX Transportation right-of-way is pictured on January 6, 2014 in Worthville, Kentucky. Intermodal rail traffic in the United States increased 10.6% in the last week of 2013 compared to the same week in 2012 according to a report from the Association of American Railroads. Volumes rose due in part to demand from retailers restocking store shelves and distribution centers following the holiday retail crush. (Photo by Luke Sharrett/Getty Images)