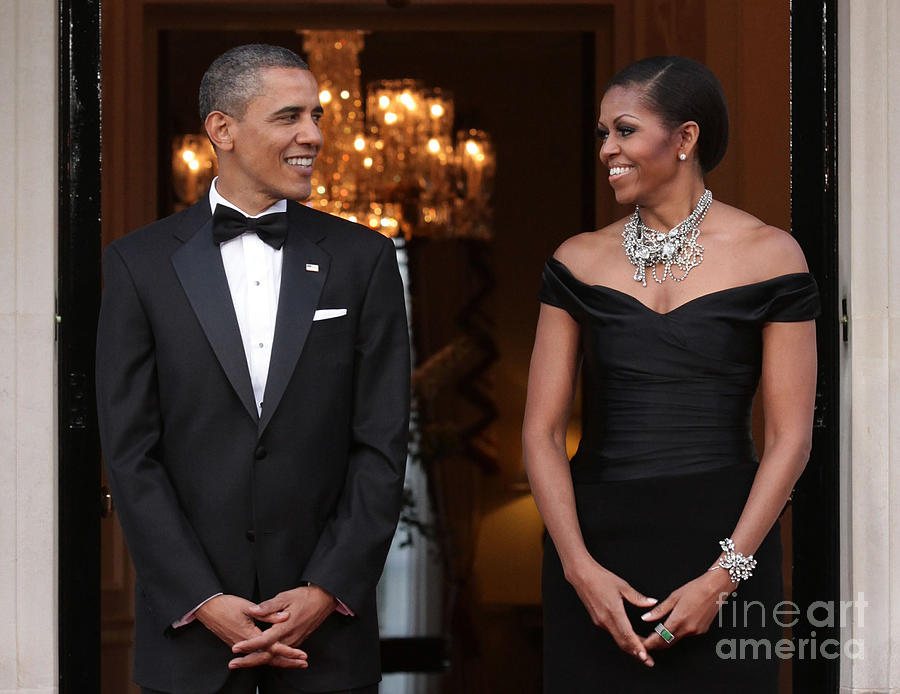 LONDON, ENGLAND - MAY 25: U.S. President Barack Obama and First Lady Michelle Obama arrive at Winfield House, the residence of the Ambassador of the United States of America, in Regent's Park, on May 25, 2011 in London, England. The 44th President of the United States, Barack Obama, and First Lady Michelle are in the UK for a two day State Visit at the invitation of HM Queen Elizabeth II. Last night they attended a state banquet at Buckingham Palace and today's events include talks at Downing Street and the President will address both houses of Parliament at Westminster Hall. (Photo by Yui Mok - WPA Pool/Getty Images)