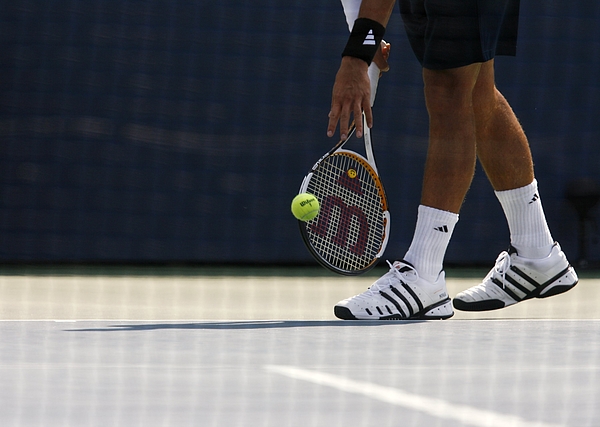 NEW YORK - SEPTEMBER 08: Novak Djokovic of Serbia bounces the ball before a serve against David Ferrer of Spain in the men's semi-finals on day thirteen of the 2007 U.S. Open at the Billie Jean King National Tennis Center on September 8, 2007 in the Flushing neighborhood of the Queens borough of New York City.(Photo by Rob Tringali/Sportschrome/Getty Images)