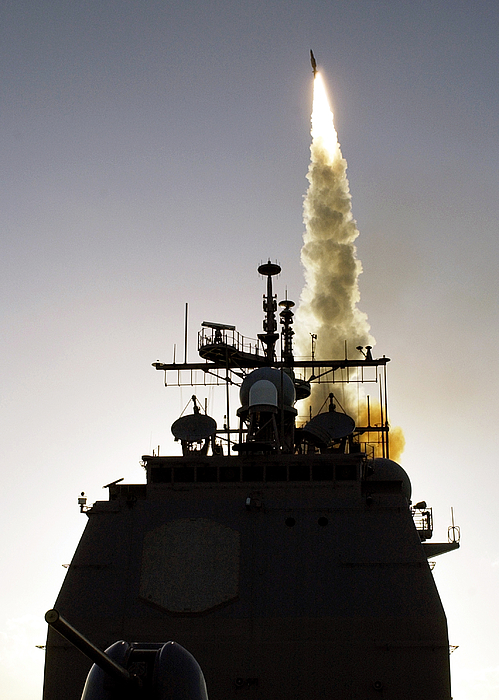 AT SEA - DECEMBER 11: Seen in this U.S. Navy handout a Standard Missile-3 is launched from the Aegis cruiser USS Lake Erie as part of the Missile Defense Agency's latest Ballistic Missile Defense System test to defeat a medium range ballistic missile threat. The SM-3, part of the Aegis Weapon System intercepted a target launched from the Pacific Missile Range Facility, Barking Sands, Kauai, Hawaii at an approximate speed of 3.7 kilometers per second. The two missiles collided several hundred kilometers from Kauai at an altitude of approximately 137 kilometers. The BMDS test included evaluation of the long-range surveillance and tracking capabilities of two Navy ships, the effective communications between the ships and command and control units in Colorado, and the launch of the SM-3 interceptor. This was the fourth successful intercept for the sea-based element of the BMDS. (Photo by US Navy via Getty Images)