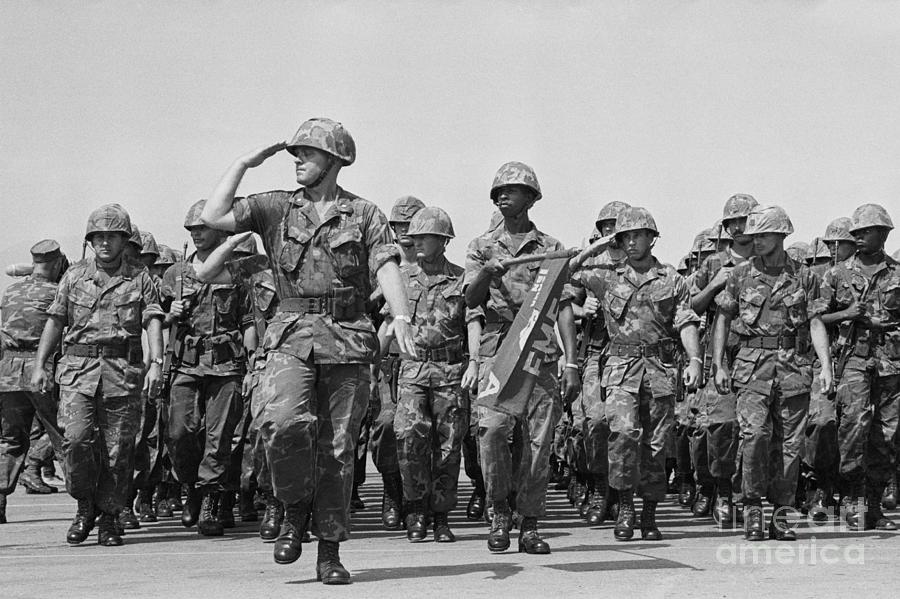 (Original Caption) DA NANG, VIETNAM: U.S. Marines march in review in a ceremony April 14 which marked, according to one of their generals, "the end of an era" in Vietnam. The U.S. Marine force in Vietnam, which hit a peak of 87,000 men in 1968, will be reduced to a 13,000-man brigade by the end of this month. This unit, the 3rd Marine Amphibious Force, is being reassigned to Okinawa.