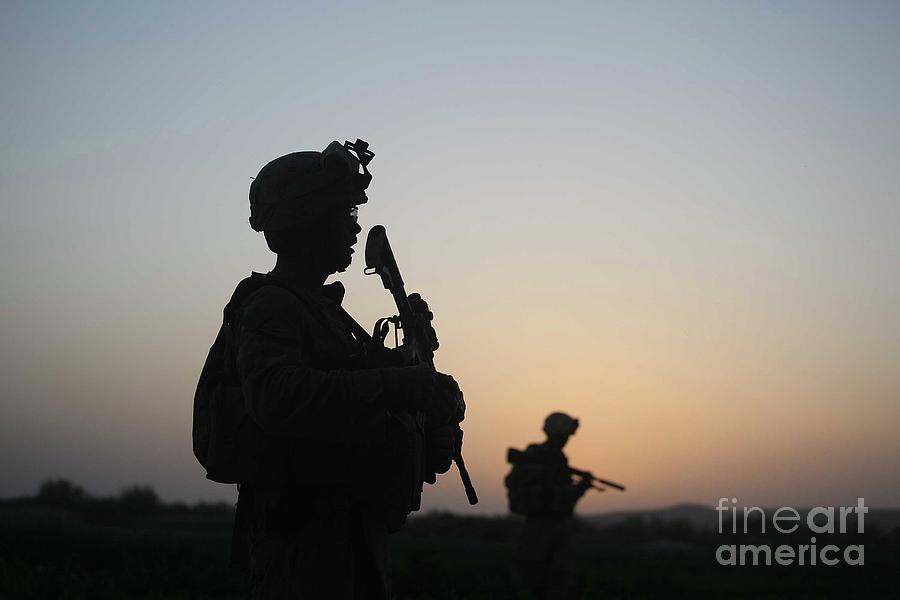 HERATI, AFGHANISTAN- JULY 18: U.S. Marines with the 2nd Marine Expeditionary Brigade, RCT 2nd Battalion 8th Marines Echo Co. step off in the early morning during an operation to push out Taliban fighters on July 18, 2009 in Herati, Afghanistan . The Marines met no resistance during the operatoin. The Marines are part of Operation Khanjari which was launched to take areas in the Southern Helmand Province that Taliban fighters are using as a resupply route and to help the local Afghan population prepare for the upcoming presidential elections. (Photo by Joe Raedle/Getty Images)