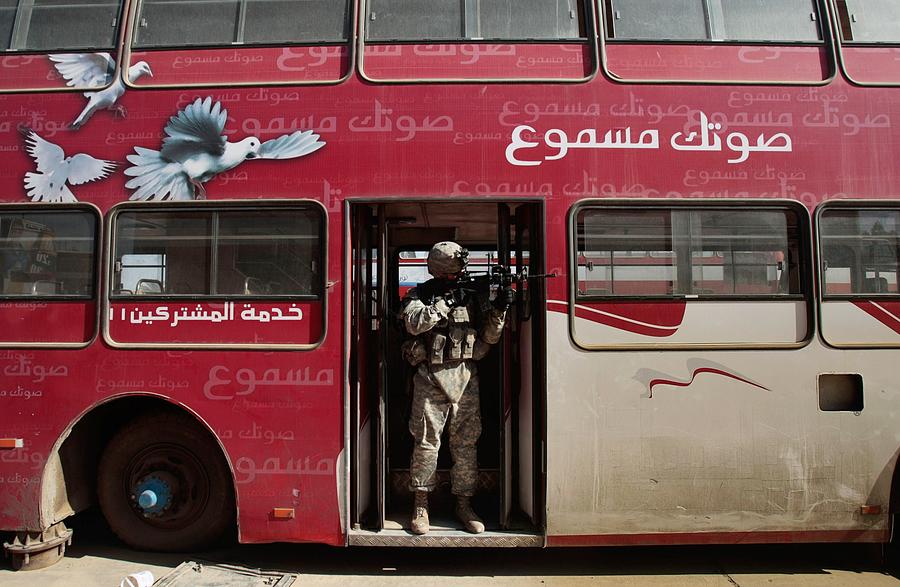 BAGHDAD, IRAQ - JULY 12: A soldier of the U.S. Army's 1st Battalion, 5th Cavalry Regiment stands guard in a bus at a large bus depot July 12, 2007 in the tense Amariyah neighborhood of Baghdad, Iraq. The 1-5 Cav conducted the raid along with Iraqi Army soldiers and the 'Amariyah Freedom Fighters,' a group of former insurgents now allied with the U.S. forces in the neighborhood. Amariyah is one of Baghdad's most dangeroU.S. neighborhoods, claming the lives of 14 U.S. soldiers in the month of May alone. (Photo by Chris Hondros/Getty Images)