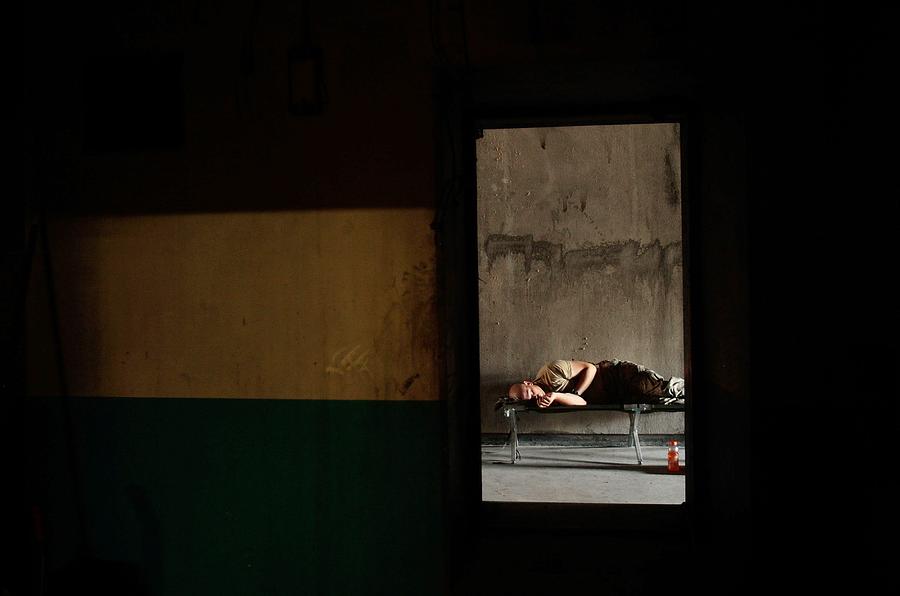 BAGHDAD, IRAQ - JULY 13: A soldier in the 1st Battalion, 5th Cavalry Regiment of the US Army sleeps on a cot in a crude hallway in a Saddam-era fortified concrete bunker that's being converted to an Army field post is seen July 13, 2007 in the tense Amariyah neighborhood of Baghdad, Iraq. Insurgents who were in control of Amariyah until recently attempted to destroy the bunker and an adjacent building with explosives and burning tires, but the Army was able to salvage the compound and is now occupying it. (Photo by Chris Hondros/Getty Images)