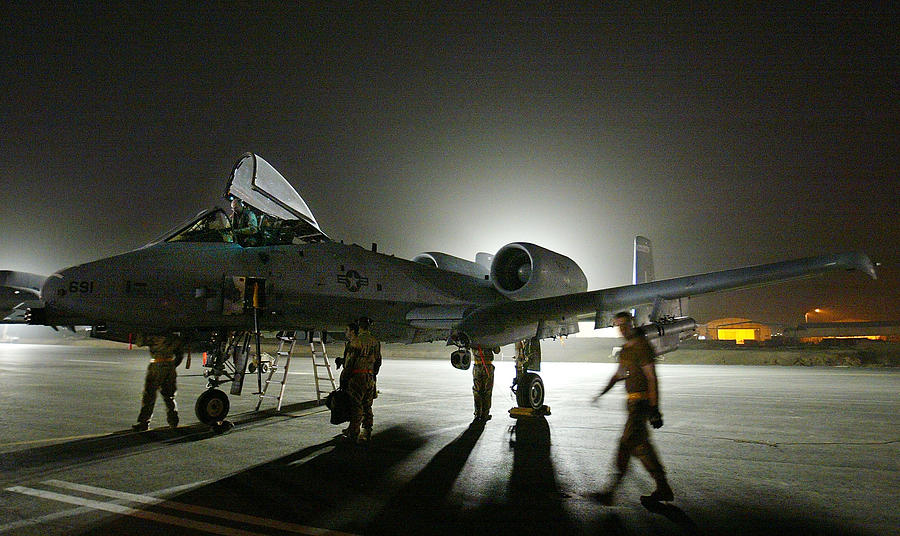 UNDISCLOSED AIRBASE, ARABIAN GULF - MARCH 19: Air Force maintenance personnel go through pre-flight checks on an A-10 Warthog tank killer plane as work goes on through the night March 19,2003 at an airbase in the Arabian Gulf. More than 250,000 troops, a naval armada and an estimated 1,000 combat aircraft are in the region, ready to strike Iraq when the U.S. President George W. Bush gives the word. (Photo by Paula Bronstein/Getty Images)