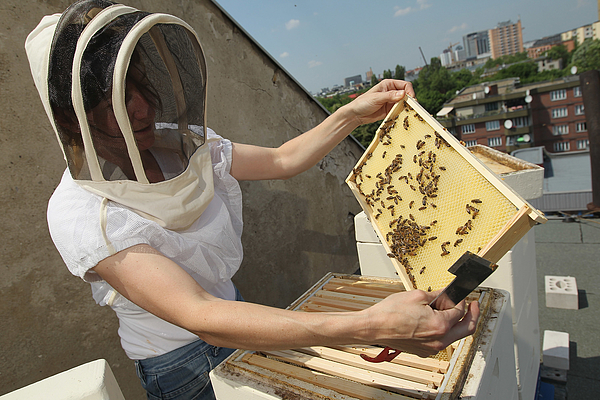 BERLIN, GERMANY - MAY 22: Urban beekeeper Erika Mayr checks on the health as well as the honey content of one of her honey bee colonies on the roof of a building in Kreuzberg district on May 22, 2012 in Berlin, Germany. Mayr is among a growing number of city dwellers who are giving urban beekeeping a try. She maintains colonies that contain approximately 200,000 bees at two rooftop locations in Berlin, and sells the 100kg of honey she harvests annually at local markets. (Photo by Sean Gallup/Getty Images)