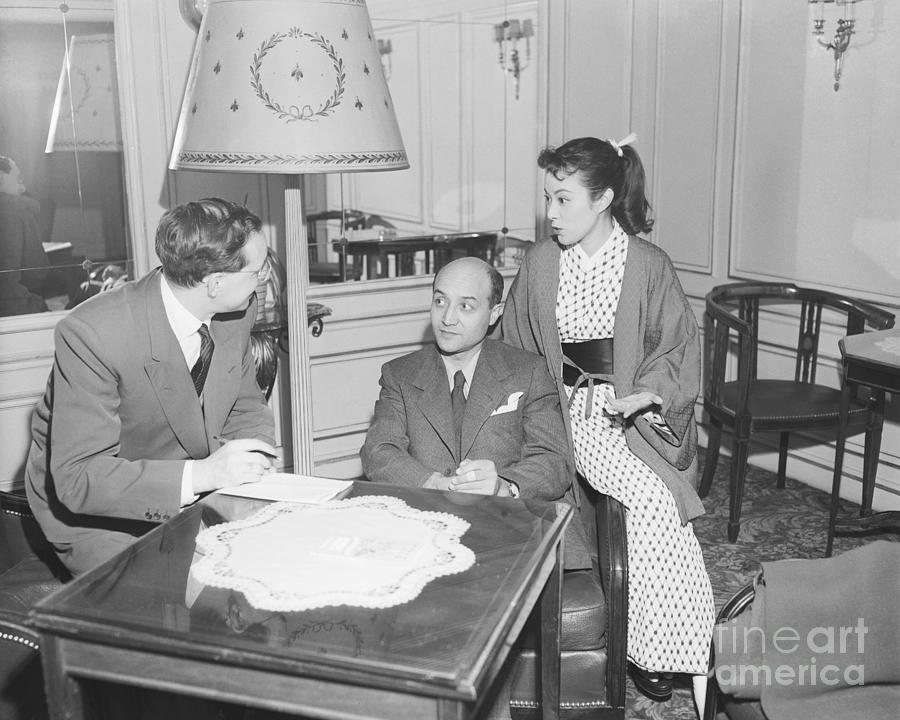 (Original Caption) 11/10/1953-Paris, France- Japanese actress Shirley Yamaguchi and her American-born sculptor-husband, Isamu Noguchi, are interviewed by United Press staff correspondent Robert Ahier (l) in Paris, after the American Embassy announced that the U. S. State Department is refusing the young actress a visa for entry into the United States. No explanation has been given for the refusal.