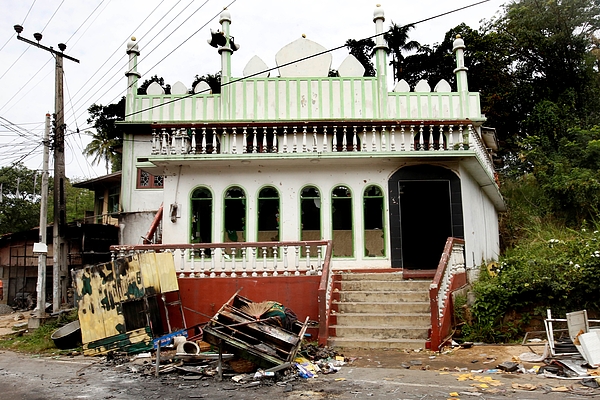 KANDY, SRI LANKA - MARCH 07 : People walk near a mosque that was attacked and fire gutted at the Digana town in Kandy 117 kms from Colombo, Sri Lanka 7 March 2018 after a state of emergency was declared. Sri Lanka on March 6 declared a nationwide state of emergency to quell anti-Muslim riots that have killed at least two people and damaged dozens of mosques and homes. The curfew in the district was extended after the body of a Muslim man was pulled from the ashes of a burnt building, threatening to further raise communal tensions that have flared up across Sri Lanka in recent weeks. (Photo by Stringer/Anadolu Agency/Getty Images)