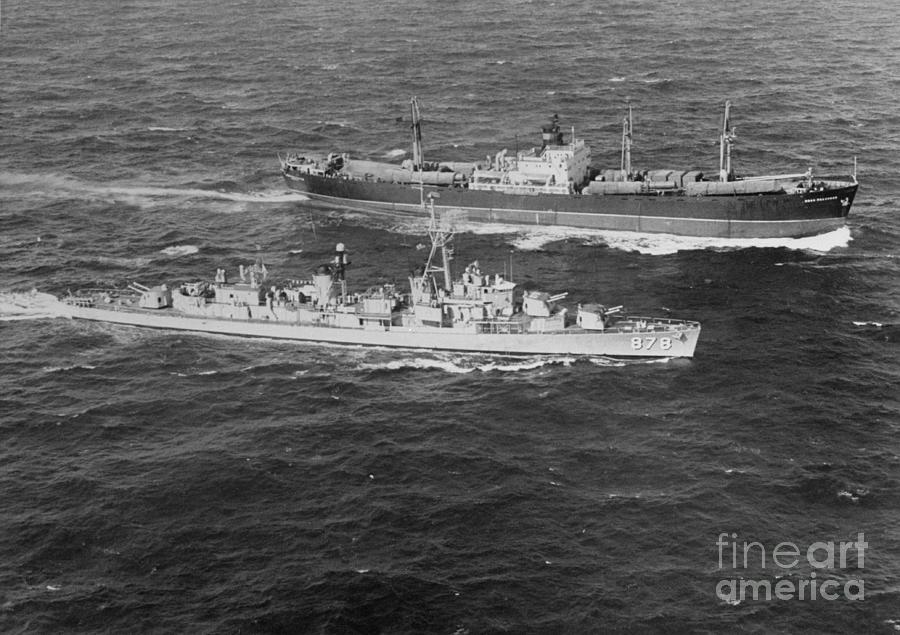 (Original Caption) U.S. Destroyer Inspects Soviet Freighter. Off Coast of Cuba: The U.S.S. Vesole steams alongside the Soviet freighter Polzunov, outbound from Cuba, for an inspection of her cargo. On deck of the Soviet vessel are large oblong missile like objects, two of which are partially uncovered. After being satisfied as to the contents of the Polzunov's cargo, the Vesole pulled away. The Vesole did not send a boarding party aboard.