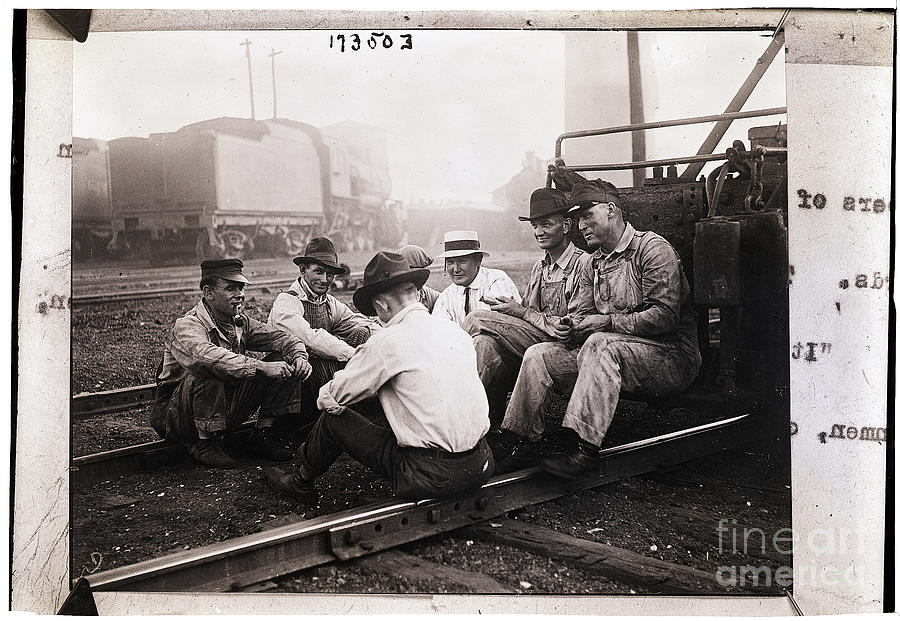 (Original Caption) 7/12/1922-Slater, MO- UNION MEN TALKING OVER THE STRIKE IN YARDS UNDER FEDERAL GUARD. Members of the Big Four Brotherhoods talking things over in the Slater, MO, yards. These yards are guarded by United States Marshals. There is no rolling stick and so there is no switching. "It won't be long until we're out too," the enginemen, firemen, conductors and switchmen shown here are telling each other.