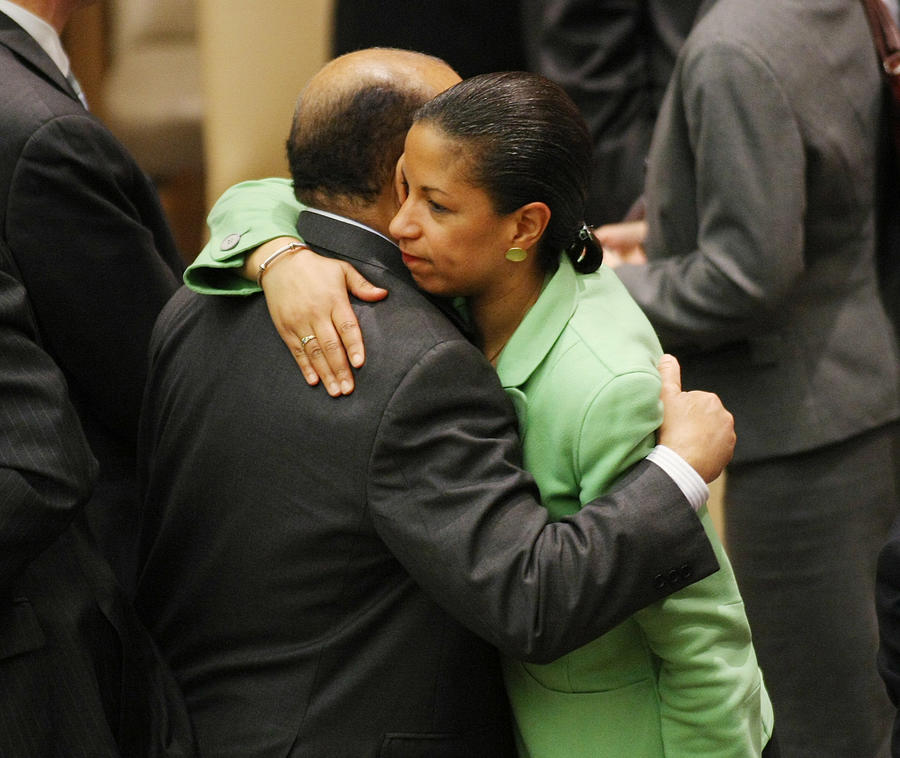 NEW YORK, NY - MARCH 17: Abdurrahman Mohamed Shalgham (L), former Libyian premanant representative to the United Nations, is embraced by U.S. ambassador to the UN Susan Rice after the Security Council voted in favor of the resolution to impose a no-fly zone on Libya at the United Nations on March 17, 2011 in New York City. The UN vote, in which ten of the 15 member of council voted in favor of the resolution, will affect Libyan leader Muammar Gaddafi's use of air strikes against the rebels in his country. (Photo by Monika Graff/Getty Images)