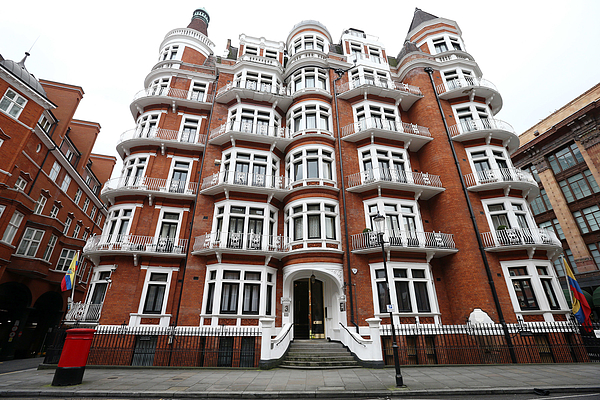 LONDON, ENGLAND - FEBRUARY 04: The building housing the Ecuadorian embassy where Wikileaks founder Julian Assange continues to seek asylum following an extradition request from Sweden in 2012, is pictured on February 4, 2016 in London, England. It is understood that a United Nations panel has ruled in favour of Wikileaks founder Julian Assange following complaints he was being arbitrarily detained. (Photo by Carl Court/Getty Images)