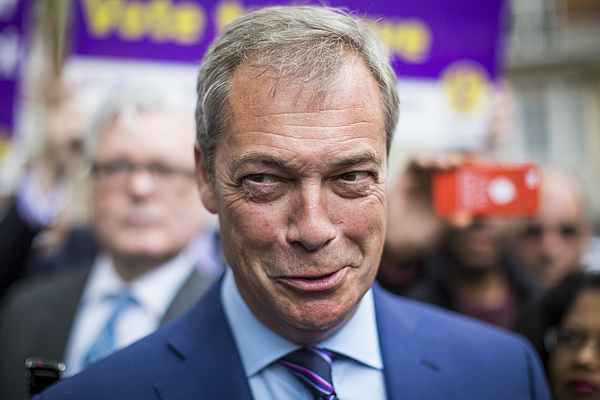 LONDON, ENGLAND - MAY 20: Leader of the United Kingdom Independence Party (UKIP) Nigel Farage speaks to media outside Europe House in Westminster on May 20, 2016 in London, England. The party today unveiled a tour bus as part of their campaign to leave the European Union ahead of the EU referendum on the 23rd of June. (Photo by Jack Taylor/Getty Images)